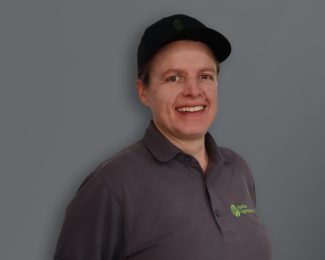 Research in calf nutrition continues to bring new considerations to our practices. For the past few years, transition milk has gained increasing visibility. Let's take a closer look...

What is transition milk?

In nature, freshly calved cows produce colostrum which gradually becomes milk. During these few days, the valuable components of colostrum remain: immunoglobulin G (IgG), leukocytes, growth factors, insulin, and high levels of nutrients. All of these play an important role in establishing the calf’s gastrointestinal and immune system.

In practice, transition milk comes directly from the cow during the first few days after calving but can also be reconstituted by mixing milk replacer (or whole milk) with colostrum (powdered or fresh/frozen).

Several studies show that this practice allows for better development of the villi of the intestine and a thicker intestinal wall. This contributes to better digestion in the critical early weeks of life. Van Soest and coll. report that they observed less diarrhea, fewer treatments and more weight gain (2022).

During the days when the calf is receiving transition milk, some research has exposed the continuation of high IgG concentrations in calf serum (Steele and coll.,2020).

Recently, the University of Guelph supported these findings by demonstrating the benefits of using transition milk for up to 14 days (from a 50/50 milk to colostrum ratio to a 90/10 ratio).

Daily, the 0–2-month period is the most expensive. We encourage a significant weight gain per day and per dollar invested. However, we must consider that it is also possible to generate significant losses taking into consideration that the morbidity rate is higher than any other period. Transition milk proves to be an advantageous tool in dairy herds. In fact, many Uniag customers who practice this method are seeing the positive effects in their herds.

This investment is less than the costs of morbidity, stunting and calf treatments.

Here is an example of a calf consuming 8 litres of milk:

Cost of treating diarrhea for 3 days (electrolytes + meloxicam): about $50, not including the associated long-term costs, including lower milk production in 1st lactation (Van Ambourgh and coll., 2012).

Don’t hesitate to ask your consultant to set up a winning protocol for your farm.