The fifth annual general meeting of Uniag Cooperative was held on Tuesday, March 29, 2022, for its fiscal year ended October 30, 2021, on a historic note. The Board of Directors announced a consolidated surplus of over $9.8 million. While the year 2021 brought its share of challenges, members had the opportunity to appreciate their cooperative’s excellent performance by voting in favour of a record patronage refund of $5,286,063.

For a third consecutive year, the AGM was held in virtual mode, with the support of a multimedia firm. More than 50 people logged on for the event.

“That’s the beauty of the cooperative: the more you use it, the more profitable it becomes and the more it can give back to its user members.”

“With the well-being of our employees, the satisfaction of our members and the respect of the environment at heart, combined with a solid financial performance and a healthy balance sheet, we can affirm that it is mission accomplished for this first five years of our consolidated cooperative. And the future of Uniag Cooperative looks brighter than ever,” proudly declared Mr. Sylvain Brault, Chairman of the Board of Directors. During his speech, the President introduced the notion of corporate social responsibility, which is a key element for the organization. “The Board of Directors has given itself an alignment and goals at this level and you will be able to appreciate the follow-up in future annual reports,” he mentioned.

“Every day, the Uniag Cooperative’s team, its joint ventures and its subsidiaries are hard at work to remain relevant to its members’ agricultural businesses and to help them successfully address their own challenges,” added Mr. Jean-Sébastien Leblanc, General Manager.

As a director of Sollio Groupe Coopératif, Mr. Jean Bissonnette profiled the organization, which is a leader in the agri-food sector and a driving force in regional and national development.

It was then Mr. Saad Chafki, Senior Vice President of Information Technology and Vice President of Digital, IT & Projects at Sollio Agriculture, who gave a very enriching presentation on digital agriculture. The challenges facing agriculture are only increasing and even accumulating” he said. “Climate change, escalating input costs, high consumer demands, regulations and manpower shortages are just a few examples. According to many experts, digital technology is the next lever, the next solution for agriculture, just as mechanization and the genetic revolution were in the past.”

During the meeting, four directors’ positions were up for election. Thus, under the supervision of Mr. Sylvain Brault, president of elections, Mr. Daniel Guérin, Mr. Jean Bissonnette, Mr. Jean-Pierre Lavigne and Mr. Éric Gratton were re-elected for their respective seats. 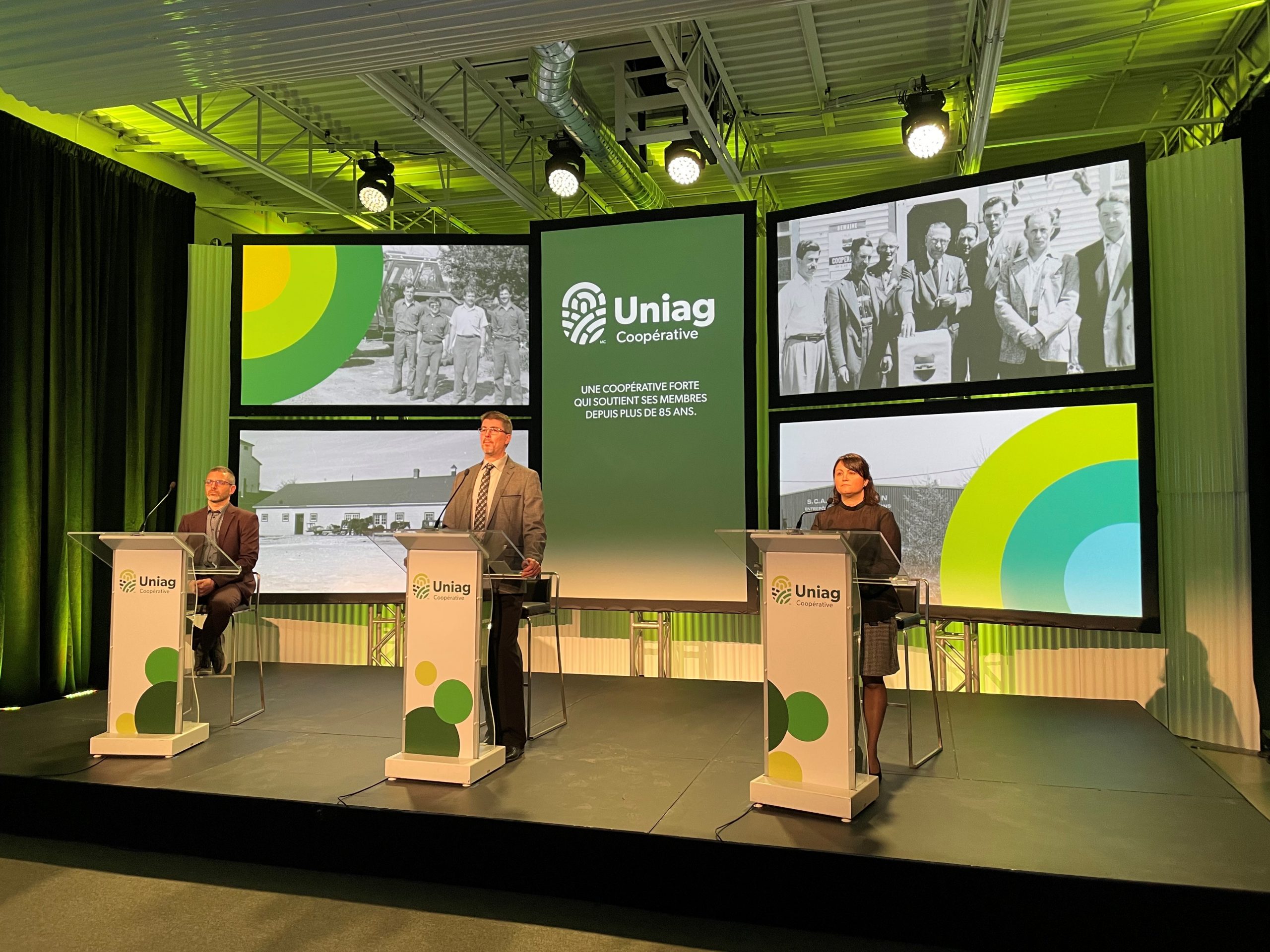